MIAMI – Former Cuban Olympian Robert Alfonso has signed a managerial contract with Si Stern’s SHS Boxing Management. The 28-year-old heavyweight prospect, who is undefeated in four professional fights, lives in Miami where he is trained by veteran Orlando Cuellar.

“I’m very happy and proud to be working with Si and Orlando,” Alfonso recently aid between training sessions. “I’m optimistic about my future and plan to take advantage of this great opportunity to achieve my goal of becoming undisputed heavyweight champion of the world. I haven’t had a good manager and trainer to get me going in the right direction until now.”

The 6′ 5″, 235-pound Alfonso is a hidden jewel who is continuing his native country’s proud heavyweight tradition, established by the late Teofilo Stevenson and carried on by Felix Savon. Alfonso’s classic style reminds some of Hall of Fame-boundRiddick Bowe.

At the prestigious Pan American Games in Rio, Alfonso captured a gold medal by beating Brazilian Antonio Rogerio Nogueira, 4-0, in the semifinals and ColombianOscar Rivas, 8-4, in the championship final. Norgueira went on to become a mixed- martial-arts star in the UFC and PRIDE, while Rivas, a Colombian Olympian who now lives in Canada, is a 15-0 (10 KOs) heavyweight in the pro ranks.

“As most people in boxing know,” Stern commented, “I’ve been involved in the sport for quite a while and have seen a number of good young fighters.  It’s rare to sign a management contract with someone like Robert Alfonso.  He’s in perfect heavyweight shape his background as an amateur in Cuba is remarkable. Although he’s undefeated as a pro, he needs a first-class trainer like Orlando, who has trained champions like Glen Johnson and Orlando raves about Robert’s future. I truly believe he has all the tools and heart to get to the top of the heavyweight division very quickly. I feel great about his future.”

Alfonso’s professional career has been relatively slow to develop because he is a free agent who didn’t defect to the United States until 2011. He made his pro debut December 7, 2012, winning a four-round decision over Robert Murray in Kissimmee. Alfonso has won all four of his pro fights, including his first six-round bout a year in his last action to previously unbeaten Zakki Scott (4-0) in Maryland. 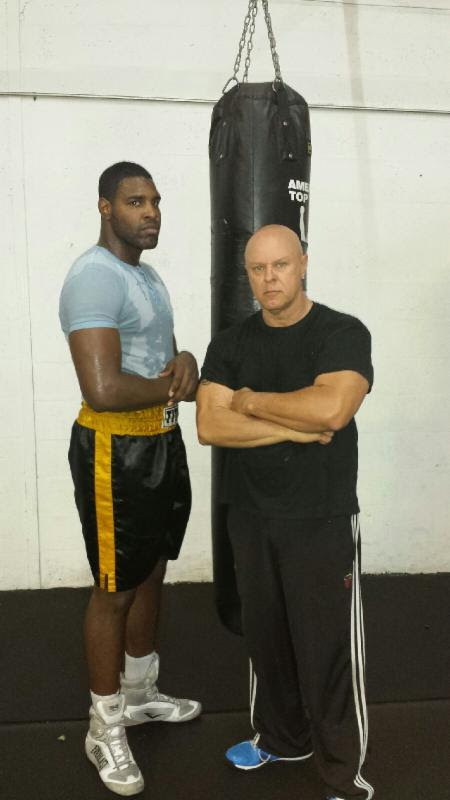 “Robert was a highly decorated Cuban amateur who won gold medals at several tournaments and he was an Olympian,” Cuellar said. “He is a physical specimen at 6′ 5″, 235 pounds. I train my fighters to drop and stop their opponents and we’re working hard so he can do that in his fights. Robert trains hard and is smart. I’m very high on him.”