LAS VEGAS  –  An old-time grudge match between lightweights Demond “Body Shot” Brock and Chuy “Hurrican” Gutierrez will headline the third installment of the “Knockout Night at the D” series, Friday night, June 10, airing (11 p.m. ET / 8 p.m. PT) live on CBS Sports Network from the outdoor Downtown Las Vegas Events Center(DLVEC).
The “Knockout Night at the D” series, presented by the D Las Vegas and DLVEC, is promoted by Roy Jones Jr. (RJJ) Boxing Promotions.
“Brock versus Chuy has been a fight in the making for years and now the dream is a reality,” said Keith Veltre, CEO / Co-Founder of Roy Jones Jr. Boxing Promotions.  “As Brock defends his title, Chuy will fight to the end to regain the title that he let lapse.  This fight promises to be an all-out war and the winner will move into a national spotlight.  Thanks to the ‘Knock out Night at the D’ series, Derek Stevenson is giving Las Vegas prospects an opportunity to make a national presence.” 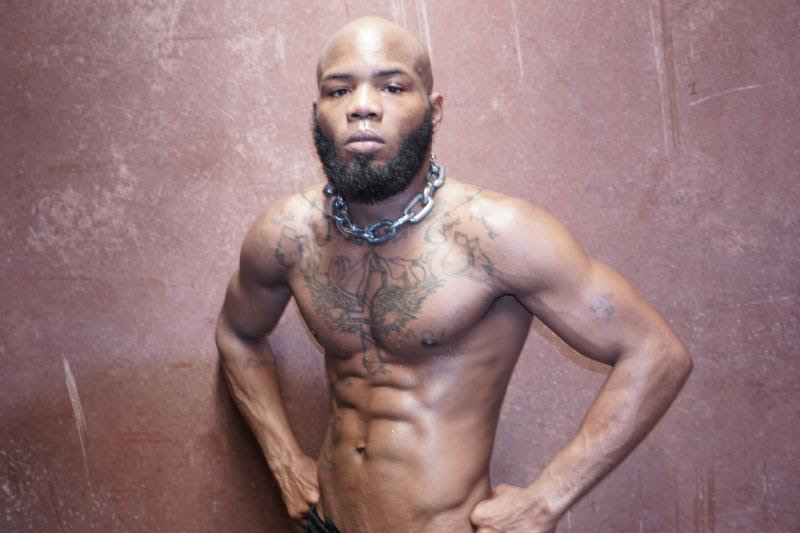 Brock (11-3-1, 4 KOs) will defend his USNBC title against former USNBC lightweight champ Gutierrez (14-0-1, 4 KOs), who never lost his belt in the ring, which has set the stage for this Las Vegas showdown to determine who the USNBC belt  truly belongs to.  Adding fuel to the fire is the fact both fighters train in Las Vegas and have growing fan-bases.
The 35-year-old Brock, who fights out of Kenner, Louisiana, learned to box in the Louisiana State Penitentiary, while serving his 14 ½-year sentence there for armed robbery.  In prison, he won 39 of 40 fights with 17 knockouts, eventually finishing his amateur career with an outstanding 54-3 record.
Last November in El Paso, Texas, the RJJ-promoted Brock upset 9-1-1 Oscar Valenzuela, capturing the vacant WBC United States (USNBC) lightweight title by way of a unanimous 8-round decision. 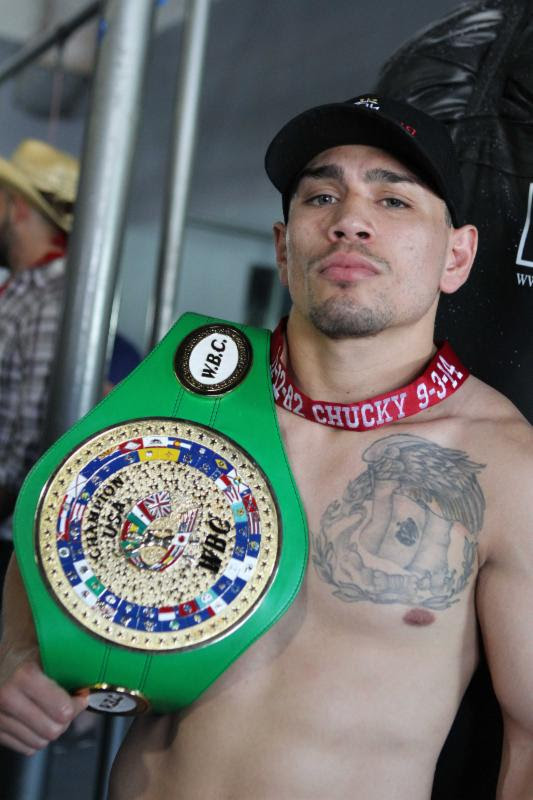 Gutierrez is from Sinaloa, Mexico, the home of Hall-of-Famer Julio Cesar Chavez among many other top fighters born there.  A love of baseball kept Gutierrez occupied, until, as he says, “boxing found me.”  Gutierrez was attending college at South Nevada and working, still dreaming of becoming a major league baseball player, when he walked into the famed Johnny Tocco’s Ringside Boxing gym at the age of 21.
Bitten by the boxing bug, Gutierrez turned pro in in 2010 and he’s rapidly developed into a fan-friendly fighter, largely due to his aggressive, entertaining style.  In 2014, Gutierrez won an 8-round majority decision over Rashad Ganaway (14-4-1) for the vacant USNBC lightweight crown.
The unbeaten Gutierrez wants his belt back and he’s determined to take it from Brock, who, of course, believes otherwise.  They will settle the score June 10th in the 10-round main event that promises fireworks.
All fights and fighters are subject to change.
Tickets, priced at $99.99 VIP ringside, $49.99 ringside, $24.99 and $14.99 general admission (seated), are on sale at www.Ticketmaster.com or www.DLVEC.com.  Taxes and fees apply to all sold tickets.
Doors open at 5:00 p.m. PT with the opening bout scheduled at 6:15 p.m. PT.
The “Knockout Night at the D” series was developed in partnership with DLVEC and Neon Star Media.
CBS Sports Network is available across the country through local cable, video and telco providers and via satellite on DirecTV Channel 221 and Dish Network Channel 158. For more information, including a full programming schedule and how to get CBS Sports Network, go to www.cbssportsnetwork.com.
FITE will stream all of the June 10th “Knockout Night at the D” preliminary matches worldwide.  In addition, the entire card may be watched on FITE APP outside of North America starting at 9 p.m. ET / 6 p.m. PT.
TITLE Boxing is the official apparel and gloves partner for the “Knockout Night at the D” series.
Idea Design Studio is the main sponsor.
INFORMATION:
Websites: www.dlvec.com, www.thed.com, www.royjonesjrboxing.com,www.knockoutnightboxing.com
Twitter: @thedlasvegas, @dlvec, @DerekJStevens, @BoxingatheDLV, @RoyJonesJrBoxing
Instagram: @dlvec, @thedlasvegas, @RoyJonesJRBoxing
Facebook:  www.Facebook.com/dlvec, www.Facebook.com/thedlasvegas
Follow these fighters on Twitter:  @BodyShotBrock, @ElHurrican88, @jflashgang