(L-R) – Chris Eubank Jr & Arthur Abraham
(photo by Sebastian Heger)
TENAFLY, N.J. (July 11, 2017) – Much more is on the line than a world title and bragging rights for rising British Chris Eubank Jr. and 3-time, 2-division world champion “King” Arthur Abraham this Saturday (July 15), available to watch on Pay Per View in the United States, starting at 2:30 pm ET / 11:30 am PT, live from SES Arena, Wembley in London, England.
“Eubank Jr. vs. Abraham”, promoted by Poxon Sports in association with Team Sauerland, is presented in the United States by Integrated Sports Media and Protocol Sports Marketing, Ltd.
Integrated Sports Media will distribute “Eubank Jr. vs. Abraham” live in the United States on cable and satellite and online PPV via iN Demand, Vubiquity, DISH and FITE TV for a suggested retail price of only $29.95.
Outside of North America, “Eubank Jr. vs. Abraham” is being distributed to broadcasters worldwide by leading boxing television rights distribution firm, Protocol Sports Marketing Ltd.
In Canada, the event will be available on television to fight fans that subscribe to premium pay television network Super Channel. Contact the local cable provider to subscribe to Super Channel and all that it offers, including premium series, movies and much more, for as low as $9.95 per month.
Eubank Jr. (24-1, 19 KOs) will make his first International Boxing Organization (IBO) super middleweight world title defense against Abraham (46-5, 30 KOs), but it has just been announced that the winner will now move on to compete in the World Boxing Series for the inaugural Muhammad Ali Trophy.
The super middleweight division of the World Boxing Series (WBC) already includes a star-studded field: World Boxing Association (WBA) Super champion George Groves (26-3, 19 KOs), former WBA and World Boxing Organization (WBO) title-holder Juergen Braehmer (48-3, 35 KOs), Erik Skoglund (26-0, 12 KOs), Jamie Cox (23-0, 13 KOs), Callum Smith (22-0, 17 KOs), Rob Brant (22-0, 15 KOs) and Avni “Mr. Robot” Yildirim (16-0, 10 KOs).
The official WBS draw was held this past weekend in Monaco and the No. 3 seeded Eubank Jr-Abraham winner is matched against Yildirim, the 25-year-old Turk and reigning World Boxing Council (WBC) International Silver champion, in the quarterfinals.
“I look forward to testing myself against the best fighters out there,” Eubank Jr. said. “The Muhammad Ali Trophy is a great idea and I am thrilled to participate. I am taking one step at a time and right now all my focus is on the fight with Arthur Abraham. With just one win between me and the World Boxing Series, I am extremely motivated.”
The World Boxing Series, which also features eight elite cruiserweights competing in the other division, will be conducted in a bracket-style elimination tournament. There will be four quarterfinals (September/October 2017), two semifinals (early 2018) and one final in May 2018.
“All my focus is on the difficult and spectacular fight in Wembley,” Abraham commented. “I have to and I will defeat Eubank in a big fight. Then things will take off with the World Series of Boxing, which really is amazing. There are so many great fights in such a short period of time, like blow-by-blow. The boxing fans will really love it. I have been dreaming of having a tournament with the world’s best boxers. I will become the world’s best super middleweight. This really is the Champions League of Boxing and I am really looking forward to it.” 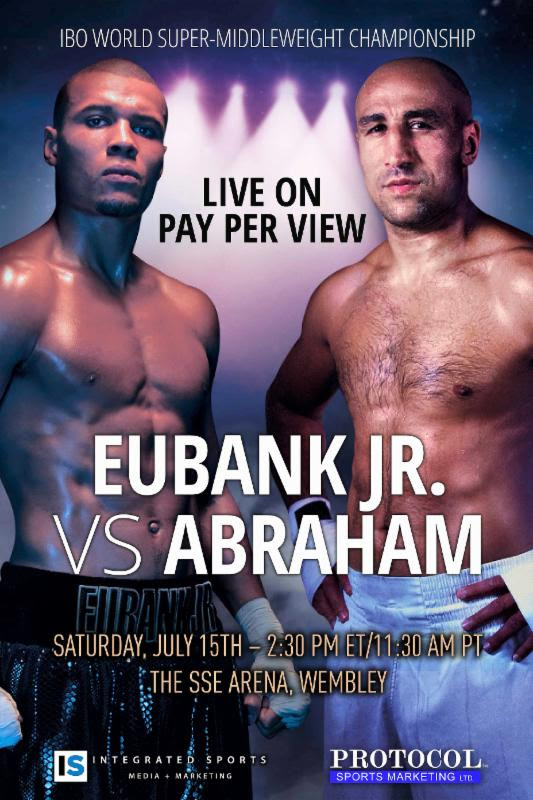