EDMONTON, Alberta, Canada (June 26, 2017) – Super Channel is pleased to announce that it has acquired the exclusive rights in Canada to air the July 1st World Boxing Organization (WBO) World Welterweight Championship bout between reigning champion, future Hall-of-Famer Manny “Pacman’ Pacquiao, and challenger Jeff Horn, starting at 9 p.m. ET / 6 p.m. PT, live from Suncorp Stadium in Brisbane, Queensland, Australia.
“Battle of Brisbane: Pacquiao vs. Horn” is a presentation of Top Rank and Duco Events. Super Channel will air four exciting fights from this card, headlined by Pacquiao vs. Horn, exclusively in Canada.
“Super Channel is ecstatic to be bringing a non-pay-per-view Pacquiao bout to Canadian fight fans as a follow up to the exciting Brook vs Spence IBF Welterweight Championship we brought them in May” said Troy Wassill, Director of Programming, Domestic Distributors and Sports. “We keep hearing from our viewers that they want more boxing on Super Channel and the ‘Battle of Brisbane’ is going to deliver exactly what they are looking for.”
“The world has followed amazing Manny since he burst onto the scene in his U.S. debut in 2001, where he knocked out Lehlo Ledwaba to win his second of a record eight division world titles,” Hall of Fame promoter Bob Arum added. “It’s going to be an unbelievable event.”
PACQUIAO VS. DE LA HOYA & HATTON REPLAYS ON SC1
As a warm-up to the “Battle of Brisbane” on July 1, Super Channel will present two replays of previous Pacquiao bouts on Friday June 30starting at 7 p.m. ET / 4 p.m. PT on SC1:
Manny Pacquiao vs Oscar de la Hoya- Dec. 6, 2008
Manny Pacquiao vs Ricky Hatton- May 2, 2009 (IBO World super lightweight title)
These fights will also be available on Super Channel On Demand. 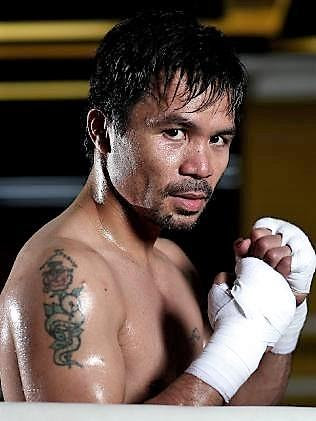 Pacquiao (59-6-2, 38 KOs), a former two-term congressman, was elected to a Philippine Senate seat in May 2016, capturing more than 16 million votes nationally.  An international icon, Pacquiao is the only fighter to win eight world titles in as many different weight divisions.  A three-time Fighter of the Year and the reigning BWAA “Fighter of the Decade,” Pacquiao’s resumé features victories over present and future Hall of Famers, including Oscar De La Hoya, Ricky Hatton, Marco Antonio Barrera, Erik Morales, Miguel Cotto, Shane Mosley, Juan Manuel Marquez and Timothy Bradley.
From 2008 to 2010, five of his seven victories were in world title fights, in five different weight classes, ranging from 130 to 154 pounds.  No active boxer has sold more live tickets in the U.S. than Pacquiao, who is also credited with more than 18 million domestic pay-per-view buys.  After his disappointing unanimous decision loss to Floyd Mayweather, Jr. on May 2, 2015, a world championship fight that generated a record 4.5 million pay-per-view buys and more than $400 million in television revenue alone, a healthy Pacquiao (he had suffered a torn rotator cuff in his right shoulder during the fourth round of the Mayweather fight) returned to the winner’s circle on April 9, 2016, winning the rubber match against five-time world champion Bradley.  In a battle of Top-10 pound for pound fighters, Pacquiao sent Bradley to the canvas twice en route to a dominant 12-round unanimous decision victory.  On Nov. 5, Pacquiao regained the WBO welterweight title for a third time when he shellacked the once-defeated defending champion Jessie Vargas via another dominant 12-round unanimous decision.  Pacquiao has been trained by Hall of Famer Freddie Roach since 2001. 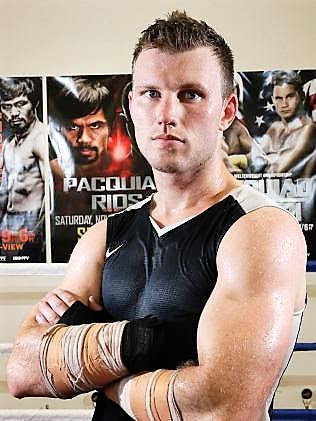 Unbeaten hometown-favorite Horn (16-0-1, 11 KOs), fighting out of Brisbane (Queensland, Australia), enters the fight of his life having won his last three battles — all in 2016 — against Ali Funeka, Rico Mueller and Randall Bailey, inside the distance.  They had a combined record of 105-14-4 when he fought them.  The 2012 Australian Olympian’s background belies the warrior he has become inside the ring.  Well-schooled inside and outside the ring, Horn received his Bachelor of Education degree from Griffith University and taught high school Physical Education even as he embarked on his professional boxing career.
Horn started boxing at age 18 after being picked on by bullies and he has been an advocate of anti-bullying campaigns.  Immensely popular throughout Australia, the 29-year-old Horn has become a national gate attraction in his own right.  Selected as the 2015 Australian Boxer of the Year, Horn is trained and managed by Glenn Rushton, the only trainer he has ever had, and assisted by former WBC super welterweight world champion John “The Beast” Mugabi.
The July 1 telecast will also feature Irish Olympic hero Michael Conlan (2-0, 2 KOs), from Belfast, in a six-round featherweight bout against Jarrett “Juarez” Owen (5-4-3, 2 KOs), of Brisbane, and International Boxing Federation (IBF) junior bantamweight world champion Jerwin “Pretty Boy” Ancajas (24-1-1, 16 KOs), of Cavite City, Philippines, defending his title against top-rated contender Teiru Kinoshita (25-1-1, 8 KOs), of Kobe, Japan.  The live telecast will open with an eight-round middleweight rumble between Shane Mosley, Jr. (10-1, 7 KOs), of Pomona, Calif. and son of former three-division world champion “Sugar” Shane Mosley, and David Toussaint (10-0, 8 KOs), of Canberra, Australia.
Some of the greatest boxers in history have confirmed they will be ringside, including Roberto Duran, Evander Holyfield, and Thomas Hearns.
All fights and fighters are subject to change.